The Economics of United States Aquaculture

The authors would like to acknowledge support from the Great Lakes Aquaculture Collaborative.

Figures are developed from the articles in the Choices Special Issue on The Economics of U.S. Aquaculture.

U.S. seafood demand is dynamic, increasing by 41% from 1990 to 2018, and requiring 6 million tons of imported edible seafood by 2018.  Indeed, about half of all seafood production comes from aquaculture production, making it a key source of income and food security for many countries.  Aquaculture’s contribution to U.S. domestic seafood production has increased to $1.51 billion in total U.S. aquaculture sales in 2018, though domestic production growth has lagged relative to the growth of imports.  One possible reason for sluggish growth in aquaculture production is the number of regulatory burdens as the total number of regulatory restrictions in U.S. aquaculture supply chains has increased dramatically, with South Dakota having the fewest and California having the most.  That said, regulatory burdens are likely to have their roots in environmental and food safety concerns, as 62% of consumers rank safety as the most important attribute when purchasing seafood while only 22% rank farm raised as very important. 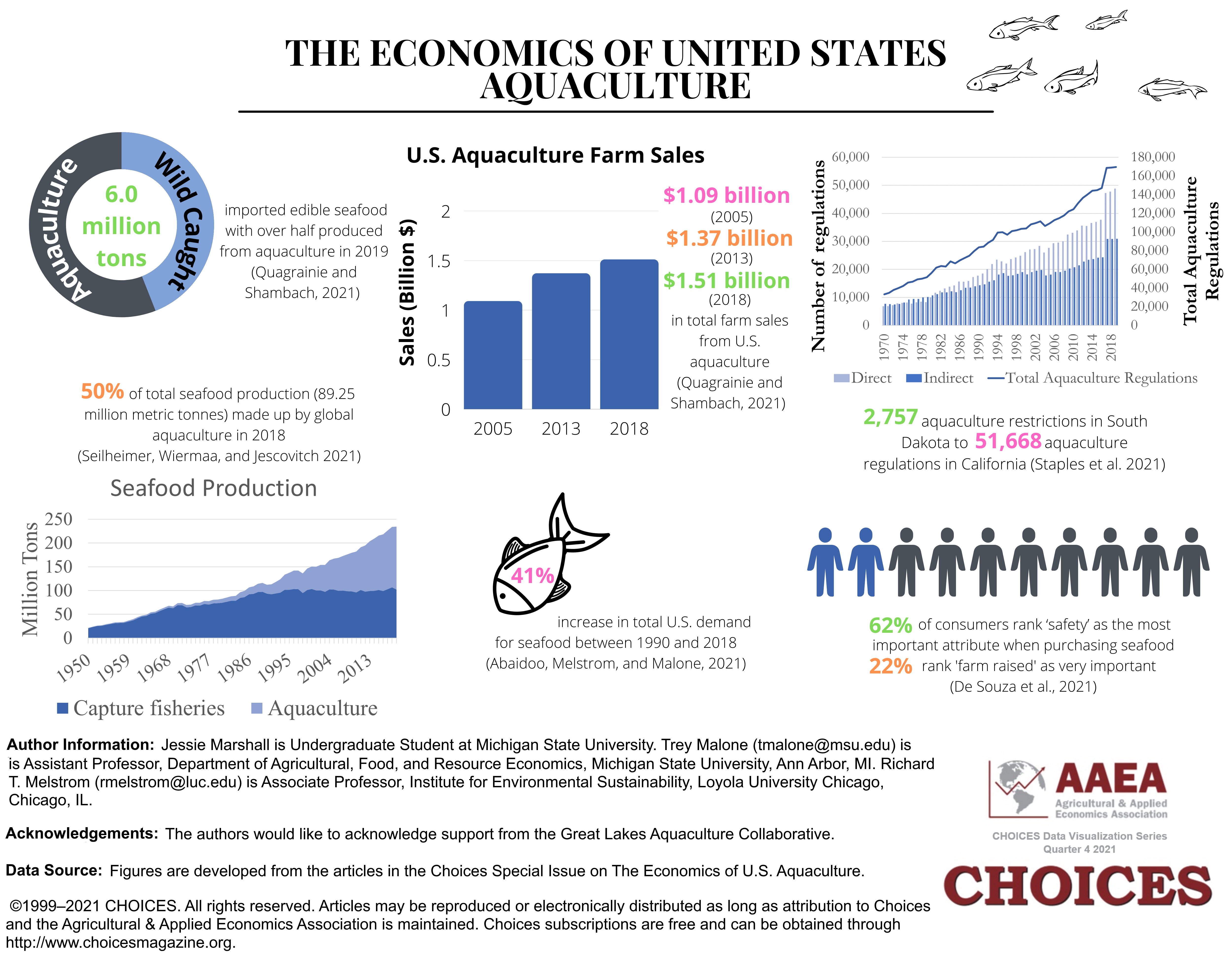