Biofuels at a Crossroads

Historically, fossil fuels have played a significant role in the supply of energy in the United States, and as of 2012, 79% of total primary energy produced in the United States originated from fossil fuels (down from 92% some 30 years ago). While energy is needed for economic growth, an economy that is largely reliant on a fossil fuel-based supply faces environmental, cost, and security concerns. First, this is true because fossil fuels are the Number 1 contributor to anthropogenic greenhouse gas emissions (Solomon et al., 2007) and, second, because, since 2000, the cost of fossil energy has been on the rise, creating an economic burden and heightened security issue for the economy.

The challenges of reducing energy costs, securing a supply, and addressing environmental concerns led the United States to introduce domestic policies that weakened the link between economic growth and energy consumption, and created incentives for the adoption of renewable technologies, as well as unconventional oil. While fuel efficiency policies, such as the Corporate Average Fuel Economy standards, ushered in the adoption of fuel-efficient technologies (Lee, Veloso, and Hounshell, 2011) that reduced the United States’ appetite for gasoline (U.S. Energy Information Agency (EIA), 2012 and 2013), incentives were introduced that hastened the adoption of renewable technologies. For example, this includes the Renewable Fuel Standard enacted in 2005, which ensures that transport fuel sold in the United States contains a minimum volume of renewable fuel.

The Introduction of Biomass Feedstock

Although ethanol fuel made from biomass feedstock was first introduced into the United States fuel mix in the 1970s, its use did not become widespread until the beginning of the new millennium (Gardner and Tyner, 2007). This increase in ethanol usage did not come in response to energy scarcity; rather, it was a reaction to new information accumulated toward the end of the 1990s that suggested that methyl tert-butyl ether (MTBE), a chemical compound previously used as a fuel additive in gasoline, constitutes a serious health hazard that contaminates public water systems and private drinking water wells. In response to these findings, many states phased out the use of MTBE in the late 1990s and early 2000s, using ethanol as a substitute (EIA, 2000). A second factor that also contributed to the expansion of ethanol use in the United States was the ongoing increase in the price of oil since 2000; in December 2013, the West Texas Intermediate crude oil price was around $100 per barrel (EIA, 2014). 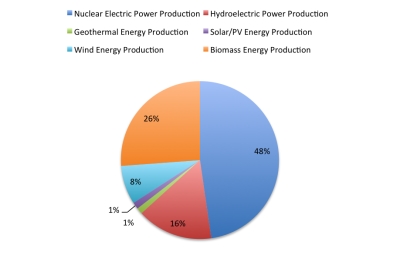 Implications of the Introduction of Biofuels

The introduction of biofuels did not, however, come without a price. The most analyzed indirect effect attributed to the introduction of biofuels is indirect land use change (ILUC), whereby the conversion of food croplands to biofuel agriculture drives food prices up. In response to higher food prices, other land is then converted from its previous use, such as rainforest, towards food crop production. A second major indirect effect associated with the introduction of biofuels stems from the food versus fuel debate. First-generation or conventional biofuels made from sugar, starch, or vegetable oil compete directly with food and the use of food crops to produce energy led to concerns for the food supply (Hochman, Rajagopal, and Zilberman, 2011), especially with respect to the poor (Chakravorty, Hubert, and Marchand, 2013). 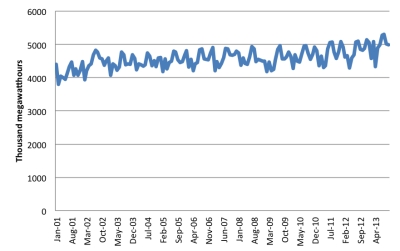 First-generation ethanol failed to deliver in other key areas as well. Reduction in greenhouse gases benefits from corn ethanol but are limited at best, and are much lower than initially anticipated.

Production of energy and fuel using organic matter proved much more difficult and costly than expected. The complexity of converting biomass into fuel prevented commercialization of advanced biofuels, which are made from non-food crops and are expected to have much larger environmental benefits. For example, KiOR’s drop-in fuel production facility at Columbus, Mississippi (KiOR is a joint venture between a Dutch biofuels startup named Bioecon and Khosla Ventures).

During the early years of the new millennium, international oil companies invested billions of dollars in advanced biofuel projects, most of which were abandoned. For example, in 2008, Shell invested in 10 advanced biofuel projects but has since terminated all these projects and not one of them was commercialized. Bringing biofuels to the market proved slower and more costly than initially expected. The introduction of biofuels and the U.S. Renewable Fuel Standard created an additional cost for the petroleum refining industry, and the delay in the commercialization of cellulosic, that is, advanced biofuels, increased costs even further for the petroleum refining industry. These deviations from the initial expectations from biofuels led to the U.S. Environmental Protection Agency’s proposal to reduce the 2013 target for cellulosic biofuels to just 53 million liters. On the other hand, electrification of transportation (plug-in hybrids and fully electric vehicles) will probably happen faster than most experts predicted just a few years ago. Biofuels will then compete in the vehicle-fuel market not only with gasoline and diesel, but also with electricity.

New developments have also reduced U.S. concerns over energy costs and energy security. Technological advancements made between 1998 and 2003 have led to hydraulic fracturing and to the discoveries of shale gas and tight oil. The spread of these technologies unlocked new oil and gas reserves and provided an alternative path to energy security for the United States.

Some of the indirect effects associated with biofuels may be beneficial as well: One indirect effect discussed extensively in the literature is the indirect fuel effect whereby the introduction of ethanol may lower the price of fuel (Rajagopal, Hochman, and Zilberman, 2011). A second, related indirect effect is the indirect OPEC effect whereby the upstream oil sector is dominated by a cartel of nations: The Organization for the Petroleum Exporting Countries (OPEC), which uses its monopolistic power to maximize benefit for its members, could respond to the introduction of biofuels by reducing exports while increasing domestic consumption (Hochman, Rajagopal, and Zilberman, 2011). A third, but equally important, indirect effect that, until recently, has been overlooked is the balance of trade effect. Reducing domestic demand for petroleum products due to the replacement of gasoline and diesel by biofuels encourages refineries to export the refined products they produce and thus improve the country’s balance of trade (Hochman, Rajagopal, and Zilberman, 2011). Because of the increase in the price of corn in recent years and because corn-ethanol yields a co-product that is a substitute for raw grains in feed, namely, Dried Distillers Grains with Soluble (DDGS), and which China is a major consumer of, the effect of corn-ethanol on the U.S. balance of trade was significant (Zilberman et al., current issue).

Biofuels and the Future

The agriculture-energy-environment nexus cannot be broken, and, over time, these three forces will become even more intertwined. Thus, food security and energy security policies could be coordinated together with environmental policies, such as land use and water management. Biomass energy presents a possible viable alternative that addresses mounting concerns for the environment, population growth, and increasing prices of major inputs like fossil fuels. New discoveries may lead to the development of a bioeconomy whereby technologies are based on modern principles of chemistry and biology.

Aviation is another area in which biofuels may play a major role for years to come (Tyner and Petter, current issue), since it does not look like aviation will be going electric anytime soon. It would, however, be greatly beneficial if we could fly on carbon-neutral fuels that are not made from human food crops, but, rather, are made from items such as algae.

For the past 60 years, hydrocarbons have dominated the chemical production industry, due to low feedstock costs, such as oil and gas costs. Now biomass is emerging as an alternative feedstock that can supply similar intermediate inputs for cosmetics, pharmaceuticals, and biopolymers (Langeveld, Dixon, and Jaworski, 2010). Key, however, is reducing the cost of production and making this alternative process competitive with existing, traditional processes which use oil and gas.

By developing a bioeconomy industry-whereby biorefineries produce co-products alongside biofuels, power, and heat-additional value may be created. Some of the biobased, value-added products, such as fine chemicals, lubricants, and solvents, may even combine large market volumes with medium- to high-price levels (Langeveld, Dixon, and Jaworski, 2010).

Facilitating the Transition to a Bioeconomy

To achieve the aforementioned goals, technology must overcome the physical and economic hurdles that currently prevent commercialization of advanced biofuels. Costs need to be reduced drastically through higher yields and more efficient conversion processes. Limiting factors of land and water, in terms of both quantity and quality, must also be addressed. Biomass should be used more efficiently, and energy recovery from waste and crop residues needs improvement. Such processes will not only limit use of land but may also have a substantial impact on greenhouse gas emissions (Centore, Hochman, and Zilberman, 2014). Research and development increase the efficiency of existing processes but are also likely to spill over to other areas of interest and lead to major breakthroughs in these related areas. Learning to grow algae in space, for instance, enhanced our knowledge and contributed to our understanding of algae production and harvesting on Earth.

The ultimate aim of any bioeconomy should be to make optimal use of its biomass feedstock. Energy production may not be the primary objective, but only one use of biomass. Feedstock selection, logistics, and processing techniques could be used to optimize economic and environmental values of available functionalities and biomass uses. Supply chains of various paths should be analyzed and the knowledge used to facilitate the realization of economic, environmental, and social opportunities. One possible path could be to first generate (low volume) high added-value products, followed by other, less valuable products. For example, established biomass refineries may be linked to the pharmaceutical industry so that biomass-based chemicals may be substituted for petrochemicals and green production supply chains of alternative drugs developed.

Biology is a science with a long history that began with the development of agriculture at the dawn of civilization. Research and development programs should be conducted to further our understanding of how best to use biomass to address mounting concerns for the environment and dependency on foreign oil, and to meet the increasing demand of a growing, affluent population.

Policy will undoubtedly play a key role in the adoption of these contentious technologies. It accounts for differences in patterns of adoption of anaerobic digesters in Europe and the United States, and played a central role in ramping up biofuel production and consumption in Brazil and in the United States. Policy could be used to lower entrance barriers and to foster more productive use of resources (Miranowski, current issue), as well as reduce the risk of growing bioenergy crops (Miao and Khanna, current issue). Such policies could be complemented with other policies that reduce demand for energy and uncouple energy consumption from economic growth (Trachtenberg and Hochman, 2014) by encouraging increased fuel efficiency of vehicles and fostering a modal shift in the way energy and economic growth are linked.

Gardner, B., and Tyner, W. (2007). Explorations in biofuels economics, policy, and history: Introduction to the special issue. Journal of Agricultural and Food Industrial Organization, 5(2).

Acknowledgment: The research leading to this paper was supported by USDA/NIFA Multi-State funds.